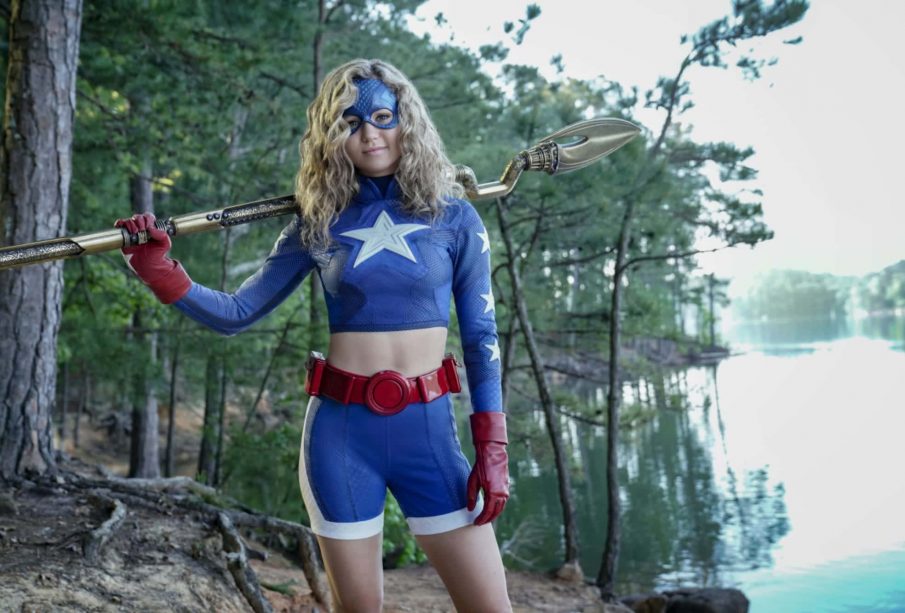 The second season of “Stargirl” has begun and fans are already hooked. While a number of plotlines from the first season have carried over into the latest, there are also a handful of new stories that have become a part of the mix. In order to understand what to expect, it can be fun to take a look at some of the source material and gain a bit of insight. In the second season, the new character of Jennie-Lynn Hayden has been introduced as a girl in search of her brother. Many comic fans, however, know her as “Jade.”

So, who is Jade and how does she figure into the larger mythology of the DCU? Check out these facts and learn more!

“Stargirl” executive producer Geoff Johns is known for incorporating a variety of DC characters into the stories he tells. This was a big part of the first season of “Stargirl,” as semi-obscure heroes like Wildcat and the Shining Knight became featured players in the story. Jennie-Lynn is no exception, being pulled directly from the pages of DC’s comics. Introduced in 1983’s “All-Star Squadron” #25 as the daughter of the Golden Age Green Lantern, the character was given the name Jade due to her emerald skin and ability to control the same green energy as her father.

A big part of Jade’s character in the comic books is her connection with her twin brother Todd. Though not officially introduced in the series yet, Jennie-Lynn’s arc in the second season does center on her search for her missing brother. In the comics, Todd goes by the name Obsidian and has the power to control darkness and shadow. Obsidian has played the role of hero and villain over the years, meaning he could make an excellent addition to the “Stargirl” roster.

The Evolution of Jade

Though audiences are only getting a first look at Jade in Stargirl Season Two, she has been a fan favorite in the comic world for decades. She has been a member of a number of noteworthy teams like the Justice League, Outsiders, and Infinity Inc. Additionally, Jade has dated a variety of prolific heroes including the Green Lantern known as Kyle Rayner, leading her to be featured in many important storylines.

Currently, Jade is a featured character in DC’s line-wide revamp called “Infinite Frontier.” Essentially, this is the comic company’s way of inviting new and old fans alike to take part in the rich history of the DCU. Jade and her brother Obsidian are two of many heroes coming together to try and find their places in the reborn universe. The “Infinite Frontier” miniseries wrapped in September and issues can be found in local comic shops or on the DC comic app.

The Future of Stargirl

After a successful first season and an excellent start to the second, “Stargirl” is poised to become a classic tale of superhero antics. With an endless surplus of comic characters to pull from, it goes without saying that this is a show that will have material to work with for many seasons to come. Now is the perfect time to binge and check out why so many people are hooked on this story.

Port of Xingang: Why is it one of the most important Chinese ...

What do you need to know about apostille certification?