Friday, April 3
Home›Business›Auto›Royal Enfield Thunderbird – The power bike for the wanderlust in you
Auto

Royal Enfield Thunderbird – The power bike for the wanderlust in you 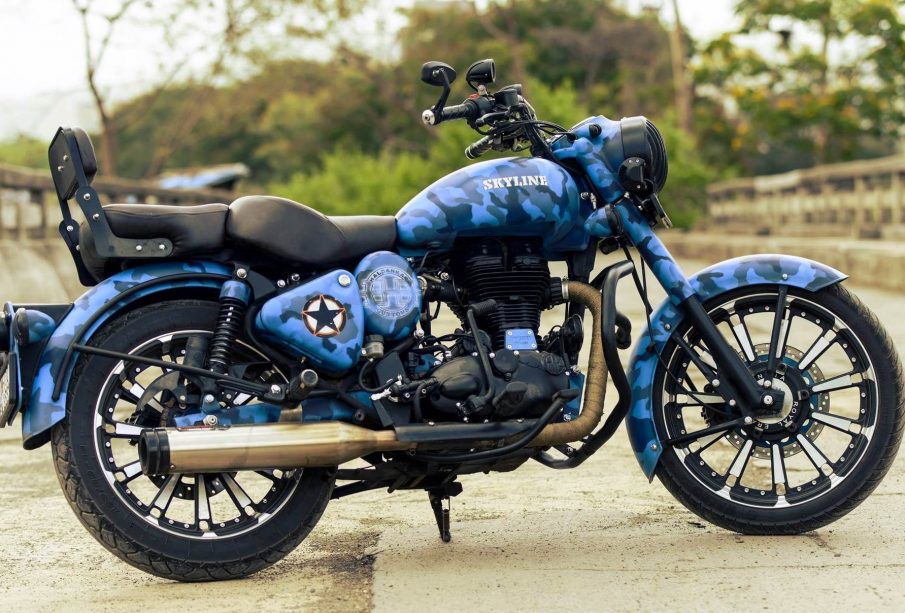 Royal Enfield, the leading motorbike manufacturer in the world, is famous for its powerful motorcycles that offer an unparalleled riding experience. Everything about Royal Enfield motorcycles exudes power, performance and comfort. One of the best-selling models for Royal Enfield in India is the Royal Enfield Thunderbird.

Thunderbird is one of the oldest bike series that is being sold in India by Royal Enfield since last 15 years. It has undergone several changes during this period to emerge as a powerful motorcycle for the riding enthusiasts. Let’s have a look at the salient features of this bike from Royal Enfield and see if it matches up to the gold standard of Royal Enfield.

Royal Enfield has continued its minimalistic design pattern for Thunderbird ever since its launch. There is no unnecessary styling, which plays a big role in offering a mature look to the bike. The standout features that you will notice at the first glance are the teardrop fuel tank, LED Tail lamps, wide seat, upright seating position, and a digital instrument cluster. Chrome has been used amply but is not overpowering in any way. In terms of wheels, it has 19-inch multi spoke alloy rims at both the front and back. There are five colour options available to choose from.

Thunderbird is powered by a 346 cc, air-cooled, single cylinder engine that generates 19.80 bhp of power and a maximum torque of 28 Nm. The gear box supports five speed options. Thunderbird weighs around 195 kg as a result it has a low power to weight ratio affecting the overall riding experience.

Some of the standout features of Royal Enfield Thunderbird are as follows: –

The overall riding experience is not really exciting and does not matches the Royal Enfield standards. The heavy weight undermines the power of the 350-cc engine and reduces the experience of the rider. You might experience slight discomfort when the speed goes over 90 kmph. The mileage according to Royal Enfield is around 30 kmpl, far too less than the competitors at this price range.

The seating is somewhat uncomfortable, and the un-relative suspension significantly reduces the ride quality. Rider might feel that the performance of the bike is lethargic, and it is difficult to handle.

Despite having all the features that a powerful bike must have, Thunderbird 350 does not offer the experience which customers have gotten used to from Royal Enfield.Also check Tata Harrier on road price in mumbai